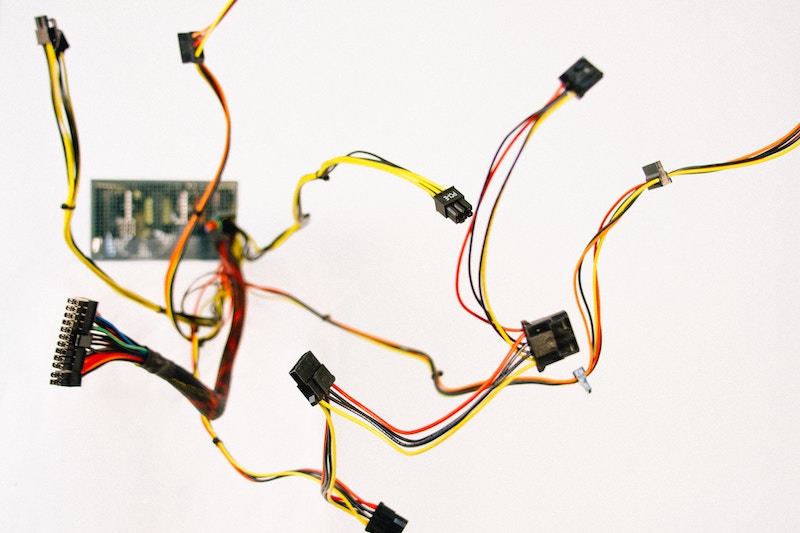 Now that we've got the click-bait out of the way (sorry about that) we can have a nice chat! Here's my point: MonadIO, and of course IO, are too general. This isn't news really, it's has been addressed in many ways by many people. Options presented in the past include using Free or Free-er monads (e.g. the Eff Monad), and these tend to work pretty well, but they're all-encompassing and intrusive, they can be pretty tough to work into legacy projects; converting all uses of a given effect into a Free monad can be tricky and time consuming (though certainly can be worthwhile!).

What I'm going to talk about here is an alternative which provides most of the benefits with a very low barrier to entry: splitting up IO into granular monad type classes. First a quick recap:

I'm going to assume that most readers are at least passively familiar with mtl; if not then maybe come back to this post later on. mtl popularized the idea of the Monad* typeclasses e.g. MonadReader, MonadState, and of course MonadIO. This pattern has been adopted by most modern monad-based libraries because it allows abstracting away the concrete monad which is used in a function to allow greater portability and re-usability.

The actions do the same thing, but I'd recommend the class-based approach for a few reasons.

Firstly, it allows us to re-use this function with other monad stacks, for instance later on let's say we realize that we'll need to have access to the options configured for our program in a few spots. To accomodate this we add ReaderT Options to our stack and end up with: ReaderT Options (StateT Int IO). In the first case we'd need to rewrite all signatures which use the old concrete type and replace them with the new concrete type. We could use a type alias of course, but I'm making a point here, so give me a sec. The class-based signature is already good to go in the new monad since it still unifies with the given requirements!

A second and perhaps more important benefit to class-based signatures is that they make it clear which effects a function plans to use. Let's take a look at another example:

Again, both implementations are the same, but what do the types tell us? Well, the class-based approach tells us clearly that classbasedReset intends to (and in fact can only) interact with the Int which we've got stored in StateT. We're not allowed to do IO or check Options in there without adding it to the signature. In the concrete case we're not given any hints. We know which monad the action is intended to be used in; but for all we know the implementation could take advantage of the IO at the base and alter the file-system or do logging, or read from stdIn, who knows?

Okay, so I think I've made my case that Monad* classes improve both code re-usability and code clarity, but if I'm not supposed to use IO or even MonadIO then how am I supposed to get anything done? Good question, glad you asked!

Having a MonadState Int m in the signature was great because it limited the scope of what the monad could do, allowing us to see the action's intent. MonadIO m is a Monad* class, but what does it tell us? Unfortunately it's so general it tells us pretty much zilch. It says that we need access to IO, but are we printing something? Reading from the filesystem? Writing to a database? Launching nuclear missiles? Who knows!? It's making my head spin! MonadIO is too general, its only method is liftIO which has absolutely zero semantic meaning. Compare this to ask from MonadReader or modify from MonadState. We can tell that these transformers have a clear scope because they have meaningful function names.

Let's bring some semantic meaning into our MonadIO by defining a new, more meaningful class:

Now instead of tossing around a MonadIO everywhere we can clearly specify that all we really need is to work with the file system. We've implemented the interface in the IO monad so we can still use it just like we did before.

Now no-one can launch those pesky nukes when all I want to do is read my diary! As a bonus this lets us choose a different underlying MonadFiles whenever we like! For instance we probably don't need our tests to be writing files all over our system:

Now we can substitute a State (M.Map String String) for IO in our tests to substitute out the filesystem for a simple Map. Our actions don't care where they run so long as the interface has files can be read and written somewhere!

I'd probably go a bit further and split this up even more granularly, separating reading and writing files.

We can get back our MonadFiles type class pretty easily using the ConstraintKinds GHC extension:

As an aside, feel free to implement an instance of your interfaces for your Free Algebras too!

Anyways, that's pretty much it, the next time you find yourself using IO or MonadIO consider breaking it up into smaller chunks; having a separate MonadDB, MonadFiles and MonadHttp, will improve your code clarity and versatility.