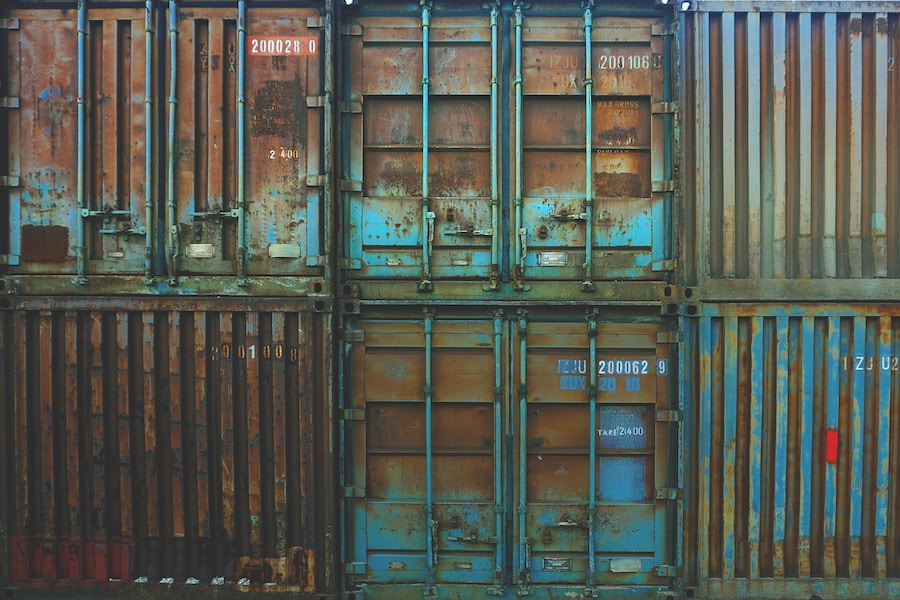 I recommend you follow along in ghci and experiment with things as you go; There's a Literate Haskell version of this post here, you can load it straight into ghci!

Looking at my recent posts it's clear I've been on a bit of a Representable kick lately; turns out there's a lot of cool things you can do with it! We'll be adding 'sorting' to that list of things today. Representable Functors bring with them an intrinsic notion of sorting; not in the traditional 'ordered' sense, but rather a sense of 'structural' sorting. Since every 'slot' in a Representable Functor r can be uniquely identified by some Rep r we can talk about sorting items into some named slot in r. If we like we can also define Ord (Rep r) to get a total ordering over the slots, but it's not required.

I'll preface this post by saying I'm more interested in exploring the structural 'form' of representable sorting than the performance of the functions we'll define, in fact the performance of some of them as they're written here is going to be quite poor as I'm sacrificing speed to gain simplicity for the sake of pedagogy. The intent is to observe the system from a high-level to see some interesting new patterns and shapes we gain from using Representable to do our sorting. Most of the structures we build could quite easily be optimized to perform reasonably if one was so inclined.

Building up Sorting over Representable

I'll step through my thought process on this one:

We've got a Representable Functor r; If we have a Rep r for some a we know which slot to put it into in an r a. We can get a Rep r for every a by using a function a -> Rep r. Now we want to embed the a into an r a using the Rep r, the tool we have for this is tabulate, in order to know which index is which and put it into the right slot we'll need to require Eq (Rep r). We know which slot our one element goes to, but we need something to put into all the other slots. If a were a Monoid we could use mempty for the other slots; then if we map that function over every element in an input list we could build something like this:

We want a single r a as a result rather than a list, so we need to collapse [r a]. We could use mconcat if r a was a Monoid! We can actually write a monoid instance for any representable if the inner a type also has a Monoid instance, later we'll define a custom newtype wrapper with that instance! This gives:

We can generalize the list to any foldable by just calling Data.Foldable.toList on it, and we get:

Nifty! But this requires that every a type we want to work is also a Monoid, that's going to seriously limit the usecases for this. We can increase the utility by allowing the caller to specifying a way to build a Monoid from an a:

We're going to need a bunch of imports before we start implementing things, prepare yourself:

So here's my implementation for repSort:

Great! Let's see some examples so we can get a handle on what this does! First I'll set up a super simple but useful Representable for Pair:

So since Pair is indexed by a Bool the a -> Rep Pair is actually just a predicate a -> Bool! Let's try sorting out some odd and even integers!

Remember that repSort needs a function from a -> Rep r, in this case Rep r ~ Bool (~ means 'is equal to' when we're talking about types), so we can use odd to split the odd and even integers up! Next it needs a function which transforms an a into a monoid! The simplest one of these is (:[]) which just puts the element into a list! Let's see what we get!

We used lists in the last example, but remember that the function is generalized over that parameter so we can actually choose any Monoid we like! Let's say we wanted the sums of all odd and even ints respectively between 1 and 10:

Choosing our own monoid and index function gives us a lot of flexibility and power!

This pattern generalizes to any Representable you can think of, and most Representables which have an interesting Rep r will have some sort of cool structure or use-case! Think about some other Representables and see what you can come up with!

Let's try another Functor and see what happens, here we'll go with an infinite Stream from Data.Stream.Infinite in the streams package, whose representation is Int, that is; Rep Stream ~ Int.

With a representation type of Int we could do all sorts of things! Note here how the Functor (Stream) is infinite, but the representable is actually bounded by the size of Int. This is fine as long as we don't try fold the result or get every value out of it in some way, we'll primarily be using the index function from Representable so it should work out okay.

The streams are infinite, but Haskell's inherent laziness helps us out in handling this, not only can we represent infinite things without a problem, Haskell won't actually calculate the values stored in any slots where we don't look, and since the whole thing is a data structure any computations that do occur are automatically memoized! This also means that you don't pay the cost for any value transformation or monoidal append unless you actually look inside the bucket. Only the initial a -> Rep r must be computed for each element.

Let's sort some stuff! See if you can figure this one out:

We didn't have to change our implementation of repSort at all! index knows how to find values in a Stream from an Int and all of that complexity is taken care of for us in the instance of Representable.

The fact that Int is the Rep for Stream provides us with a few quick wins, any Enumerable type can be injected into Int via fromEnum from the Prelude: fromEnum: (Enum e) => e -> Int. This means we can turn any Enumerable type into an index into Stream without much trouble and we gain a whole new set of possibilities:

So that's all pretty cool, but working with a single infinite stream gets unwieldy quickly when we start dealing with indexes in the thousands! Stream is effectively a linked list, so we need to step along the nodes until we reach our index every time we look something up! Maybe we can do better on that somehow...

Straying a bit from sorting into the idea of data storage let's say we wanted to store values in a structure where they're keyed by a String. The first step would be to find a Representable whose index type could be a String. Hrmm, our Stream representation can index by Char, which is close; what if we nested further representables and used a 'path' to the value as the index? Something like Stream (Stream (Stream ...)). This looks like an infinite tree of trees at this point; but has the issue that we never actually make it to any as! Whenever I think of tagging a tree-like structure with values I go straight to Cofree, let's see how it can help.

One way you could think of Cofree is as a Tree where every branch and node has an annotation a and the branching structure is determined by some Functor! For example, a simple Rose tree is isomorphic to Cofree [] a, Cofree Maybe a makes a degenerate tree with only single branches, etc.

We want a tree where the branching structure is indexed by a String, so let's give Cofree Stream a a try! Effectively this creates an infinite number of branches at every level of the tree, but in practice we'll only actually follow paths which are represented by some string that we're indexing with, the rest of the structure will be never be evaluated!

As it turns out, we made a good choice! Cofree r a is Representable whenever r is Representable, but which type indexes into it? The Representable instance for Cofree (defined in Control.Comonad.Cofree from the free package) It relies on the underlying Representable Index, but since the tree could have multiple layers it needs a sequence of those indexes! That's why the index type for Cofree of a Representable is Seq (Rep r), when we index into a Cofree we follow one index at a time from the Sequence of indexes until we reach the end, then we return the value stored at that position in the tree! Under the hood the Rep for our structure is going to be specialized to Seq Int, but we can easily write mkInd :: String -> Seq Int to index by Strings!

Great! Now we can 'sort' values by strings and index into a tree structure (pseudo) performantly! If this whole sort of structure is looking a bit familiar you've probably seen it by the name of a "Trie Tree", a datastructure often used in Radix sorts and search problems. Its advantage is that it gives O(m) lookups where m is the length of the key string, in our case it will be slightly slower than the traditional method since we don't have O(1) random memory access, and have to move through each child tree to the appropriate place before diving deeper, but you could fix that pretty easily by using a proper Vector as the underlying representation rather than Stream. I'll leave that one as an exercise for the reader.

That's a whole lot of explaining without any practical examples, so I bet you're itching to try out our new Trie-based Sorter/Map! With a few helpers we can build something quickly!

There are TONS of other possibilities here, we can swap out the underlying Representable to get new behaviour and performance, we can use Data.Functor.Compose to nest multiple Representables to build new and interesting structures! We can sort, store, lookup and search using repSort!

Let me know which interesting ideas you come up with! Either leave a comment here or find me on Twitter @chrislpenner.