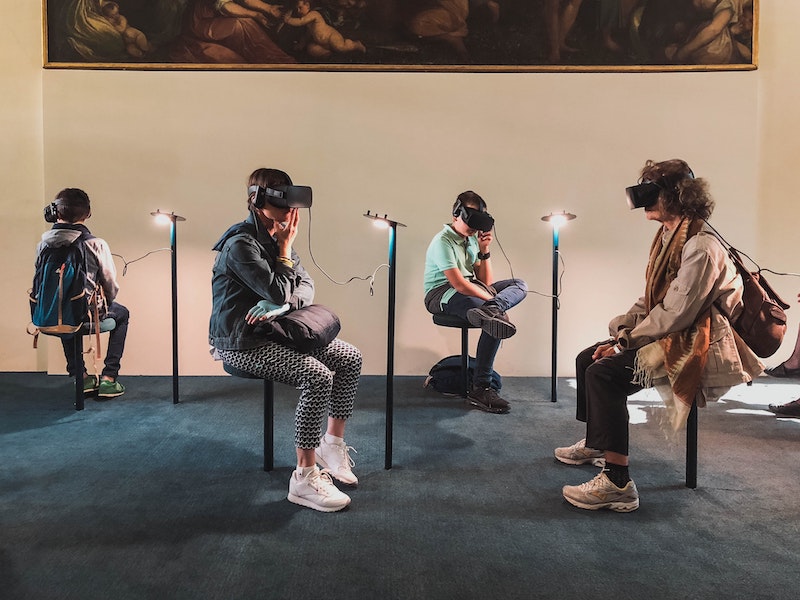 The following blog post is a short excerpt from by book on optics: "Optics By Example". If you learn something from the post you'll likely enjoy the rest of the book too!

As thanks for checking out the blog you can grab a copy on sale with this link until the end of 2020.

Lenses are commonly used for getting and setting fields on records, but they're actually much more adaptable than that! This post dives into the idea of "virtual fields" using optics.

Virtual fields can can provide many benefits:

What is a virtual field

To establish terms, I'll define a virtual field as any piece of data we might be interested in which doesn't exist as a concrete field in a given record definition. In languages like Java or Python these are sometimes called "computed properties" or "managed attributes".

No matter what you use them for, at the end of the day they're really just normal lenses! Let's look at a concrete example.

Let's look at the following type:

This generates the field lenses:

Which we can use to get, set, or modify the temperature in Celsius like so:

Now what about our American colleagues who'd prefer Fahrenheit? It's easy enough to write a function which converts Celsius to Fahrenheit and call that on the result of celsius, but we'd still need to set new temperatures in Celsius! How can we avoid this dissonance between units?

First we'll define our conversion functions back and forth, nothing too interesting there, if I'm honest I just stole the formulas from wikipedia:

Here's one way we could get and set using Fahrenheit:

The first two aren't too bad, but the over example is getting a bit clunky and error prone! It's hard to see what's going on, and since every type is Float it'd be easy to forget or misplace one of our conversions.

If we instead encode the Fahrenheit version of the temperature as a virtual field using optics we gain improved usability, cleaner code, and avoid a lot of possible mistakes.

We can write a fahrenheit lens in terms of the existing celsius lens! We embed the back-and-forth conversions into the lens itself.

Look how much it cleans up the call sites:

Much nicer, easier to read, and less error prone! Even though our Temperature record doesn't actually have a concrete field for the temperature in Fahrenheit we managed to fake it by using lenses to create a virtual field! If we export a smart constructor for our Temperature type and only export the lenses from our Temperature module then the two field lenses are completely indistinguishable.

In addition to providing more functionality in a really clean way, another benefit of using lenses instead of field accessors for interacting with our data is that we gain more freedom when refactoring.

To continue with the Temperature example, let's say as we've developed our wonderful weather app further we've discovered that Kelvin is a much better canonical representation for temperature data. We'd love to swap our _celsius field for a _kelvin field instead and base all our measurements on that.

We'll consider two possible alternate universes, in the first, this post was never written, so we didn't use lenses to access our fields 😱

In the second (the one you're living in) I published this post and of course knew well enough to use lenses as the external interface instead.

A world without lenses

In the sad universe without any lenses we had the following code scattered throughout our app:

Then we refactored our Temperature object to the following:

Now, unfortunately, every file that used record update syntax now fails to compile. This is because the _celsius field we are depending on with our record-update-syntax no longer exists. If we had instead used positional pattern matching the situation would be even worse:

In this case the code will still happily compile, but we've switched measurement units this code is now completely incorrect!

Come with me now to the happy universe. In this world we've decided to use lenses as our interface for interacting with Temperatures, meaning we didn't expose the field accessors and thus disallowed fragile record-update syntax. We used the celsius lens to perform the update instead:

Now when we refactor, we can export a replacement celsius lens in place of the old generated one, and nobody need be aware of our refactoring!

By adding the replacement lens we avoid breaking any external users of the type! Even our fahrenheit lens was defined in terms of celsius, so it will continue to work perfectly.

This is a simple example, but this principle holds for more complex refactorings too. When adopting this style it's important to avoid exporting the data type constructor or field accessors and instead export a "smart constructor" function and the lenses for each field.

When you're writing more complex virtual fields it's relatively easy to write lenses that don't abide by the lens laws. In practice, this is usually perfectly fine. In many cases it's completely fine to break these laws for the sake of pragmatism (especially in application code). In fact the lens library itself exports many law-breaking optics. The important thing is to think about whether the lenses for your type behave in a way that's intuitive to the caller or not, and whether it maintains any invariants your type may have.

In Optics By Example I include exercises after each section to help readers sharpen their skills. The book has answers too, but for this blog post you're on your own. Give these a try!

Consider this data type for the following exercises: